You don’t have to blow your nest egg to get a reliable laptop that can handle your everyday tasks. We’ve found five high-quality Windows laptops, MacBooks, and Chromebooks that all cost less than $500.

What to Look for in a Laptop

You have to know what to look for when you shop for a laptop—especially if you want something in the $300 to $500 range. You could easily end up with a lame duck.

We’ve covered this in detail before, but before we take a look at some laptops, let’s review some of their most important specs:

Now that you know what to look for, let’s get into it! Do keep in mind the old-stock MacBook Pros and Surface Pros on this list are full of old hardware. They’re still good machines, but you do have to trade some performance to get an Apple or Microsoft machine at an economical price. The Acer Aspire 5 Slim is one of the best midrange Windows laptops on the market. It’s not the flashiest-looking, but it has an 8th generation i5 processor, 8 GBs of RAM, and a reasonably sizeable 256 GB SSD. At around $500, these specs are a steal!

This laptop also features a fingerprint reader, an HD IPS display with great colors and viewing angles, a 9.5-hour battery life, and more USB ports than you’ll know what to do with. It even has a USB-C port, although you charge it with a typical DC power cable.

If you want to save even more money, you can get the cheaper version of this laptop, which sports an 8th generation i3 processor, 4 GBs of RAM, and a 128 GB SSD.

The Acer Aspire 5 Slim is packed with an 8th gen i5 processor, 8 GBs of RAM, and a super-fast SSD. It’s a steal! If you’re not down with the Acer, the ASUS VivoBook 15 might be your best bet. This Windows laptop costs around $400. The nearly bezel-less HD display and super-slim form factor give it a premium look. It also has a slightly tilted hinge for typing and airflow, a seven-hour battery life, and a neat little fingerprint reader.

It also features a ton of ports, including USB-C. Unfortunately, you still charge it via a typical power cable—it’s hard to find USB-C charging at this price. 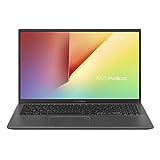 Microsoft Surface tablets are by far the best Windows 2-in-1s on the market. The only Surface device you buy brand-new for under $500 is the Surface Go Tablet. It’s a great machine, but it’s more of an iPad Mini alternative than a laptop.

If you’re looking for the best 2-in-1 under $500, we recommend you look at a refurbished Surface Pro 4. Yes, it’s from 2015, but it has a 6th generation i5 processor, which is comparable to the 8th generation i3 processors in the most recent laptops. It also has 4 GBs of RAM, a 128 GB SSD, and a nine-hour battery life. At this price, you won’t find a better 2-in-1, and since it’s refurbished, it also comes with a Surface Type Cover (a $100 value)!

Yes, the Surface Pro 4 is an older model, but it’s loaded with high-quality components that’ll work great for the next few years. At the refurbished price, it’s the best Windows 2-in-1 money can buy. You can’t buy a brand-new MacBook for less than $500, but you can make the most of an older, refurbished one! The 2011, 13-inch MacBook Pro is an excellent option for under $500 that features a 2nd generation i5 processor (a decent CPU at this price).

The only real problem is this MacBook only has 4 GB of RAM and sports a slow, 500 GB hard drive. That’s not terrible, but it’s not very modern. The good news is the components in these older MacBook Pros are very easy to upgrade if you’re into that. It’s better than spending $1,000 on a brand new one! 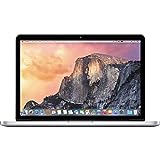 It’s hard to find a MacBook for under $500, but this 2011 model is a solid option. It has a decent 2nd gen i5 processor, easily upgradable parts, and the old keyboard Apple fans love. Chromebooks are wonderful. They’re lightweight, super-reliable, and make the most of their hardware. You could get a cheap, low-spec Chromebook for your everyday computing needs, but a high-spec model is a lightning-fast luxury beyond compare.

For its price, the HP x360 is a wonderful Chromebook. It runs on an 8th generation i3 processor, 8 GBs of RAM, and 64 GBs of eMMC solid-state memory. Basically, it loads things fast.

It also has a slim form factor, two USB-C ports (which the computer uses to charge), and a 14-inch HD touch screen.

The only real drawback to this Chromebook is it’s not a 2-in-1. If you’re willing to pay extra for that, the ASUS Chromebook Flip has the same specs as the HP x360.

The HP x360 is super-powerful, super-slim, and one of the best Chromebooks on the market. Its price tag is pretty sweet, too.

The article ‘ Our 5 Favorite Laptops Under $500 ‘ Previously Appeared on: https://www.reviewgeek.com/28469/our-five-favorite-laptops-under-500/